Chitradurga is one of the famous historical centers of Karnataka State. It is Located in the central part of Karnataka. This city is about 200 kms away from the Capital City Bengaluru on National Highway No-4 towards Mumbai. It is a District Head Quarters and connected to Rail & Road routs of all important cities and towns of the Karnataka State. This place is known for historical and archaeological monuments of pre- historic period. The magnificent rocks on Chinmuladri Hills, seven round rock fort built by the famous Palegars who ruled the region during the middle of the last century, the Chadravalli inscription of Kadambas period and Sri Jagadguru Murugharajendra Math have added ancient value to the place. 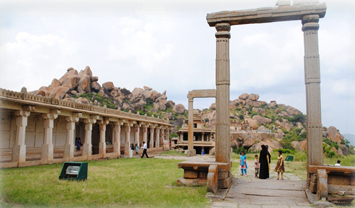 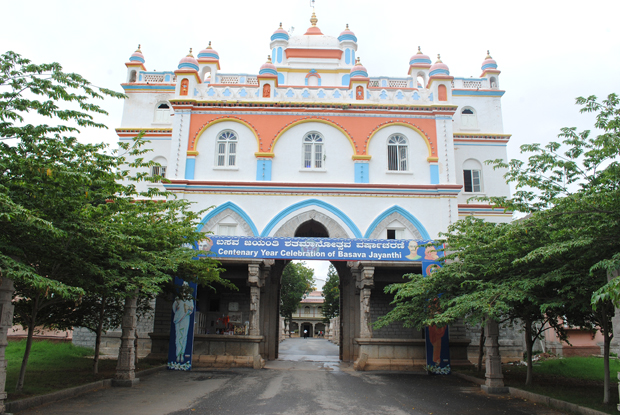 This beautiful hill-rocks and green city is a place of famous historical, religious and charitable institution - Sri Jagadguru Murugharajendra Brihanmath, which is well known for its Social, Economical and Educational activities not only in Karnataka State but also in other parts of India. This Math inherits the renown culture of sharanas of 12th Century AD Karnataka during which period the famous social, economic and cultural revolution took place under the stewardship of Lord Basaveshwara. These sharanas fought for the cause of untouchables, poor and deprived people to give them a new life which ensured them the equality, liberty and fraternity - the espoused values of today's democracy. Hence, this math has a long history of 9 centuries of social service rendered irrespective of caste, creed and gender inequalities.


Sri Jagadguru Murugharajendra Vidyapeetha is an apex body established under Societies Act to organize and manage educational and cultural institutions with an intention to take education to the door steps of common people in rural and remote areas. This was started in the year 1964 by His Holiness Jagadguru Sri Sri Mallikarjuna Murugharajendra Mahaswamiji, the then pontiff of Srimath. The present seer Sri Shivamurthy Murugha Sharanaru is the President of the Vidyapeetha under whose spiritual and administrative guidance about 150 institutions are running today. These institutions include Medical College, Dental College, Engineering College, Nursing College and Schools, Pharmacy College, Polytechnic College, Degree Colleges, High Schools Primary and Nursery Schools, School of Dance, Drama and Music etc..,. Besides, it has number of Hostels and Schools for Physically Challenged and Orphan Children.